Chris Funk’s show REDEFINING WONDER is an engaging and visceral multimedia experience that has audiences talking and scratching their heads for years to come. Finally, A MAGIC SHOW WITH LIVE MUSIC! Presenting a violin concerto and a guitar loop recorded live on stage has put this show into a league of its own. The live-feed camera and interactive videos bring audiences up onstage and into the action.

Chris Funk’s talents have gained him appearances on NBC’s America’s Got Talent, FOX’s Hell’s Kitchen, CW’s Penn & Teller: Fool Us and Masters of Illusion as well as Syfy’s Wizard Wars. His unique approach to magic has garnered him performances at Las Vegas’ Planet Hollywood and Tropicana casinos as well as Hollywood’s World-Famous Magic Castle. Whether it’s Sri Lanka, Chile, LA, NY, Las Vegas, or the Midwest, Chris’ show has garnered standing ovations and a reputation for excellence.

Chris Funk is bringing his show “Redefining Wonder” to a location near you!  Dates will be added as events are booked.

due to covid, live events are on hold until further notice. 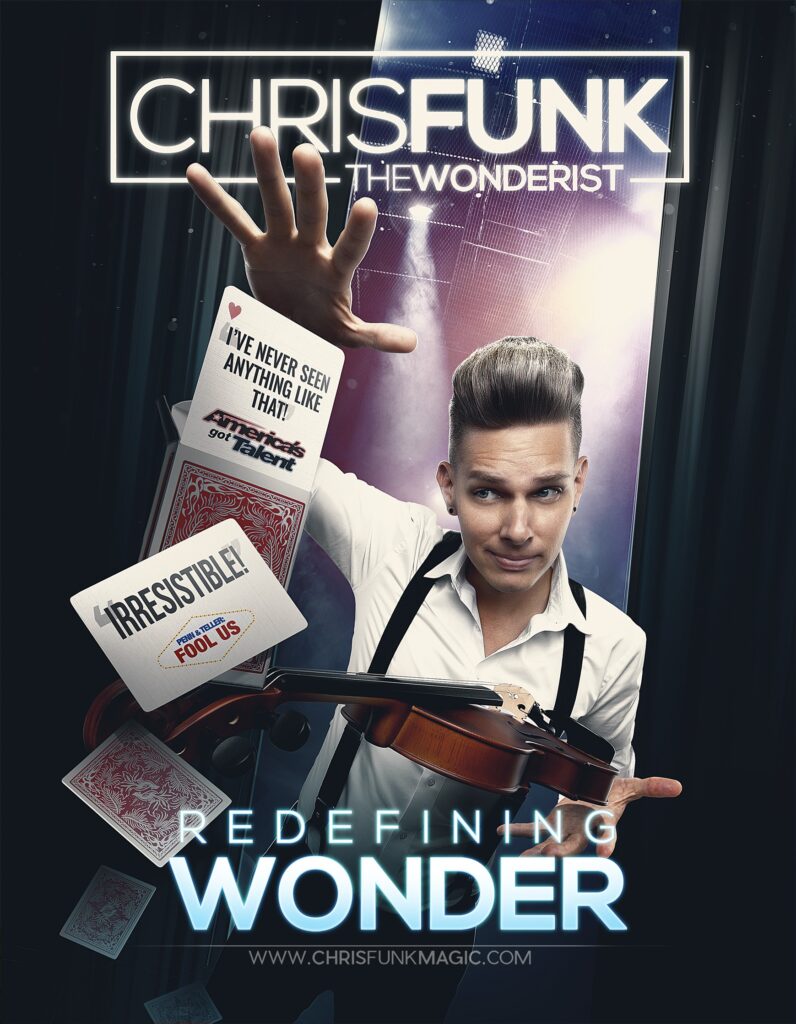 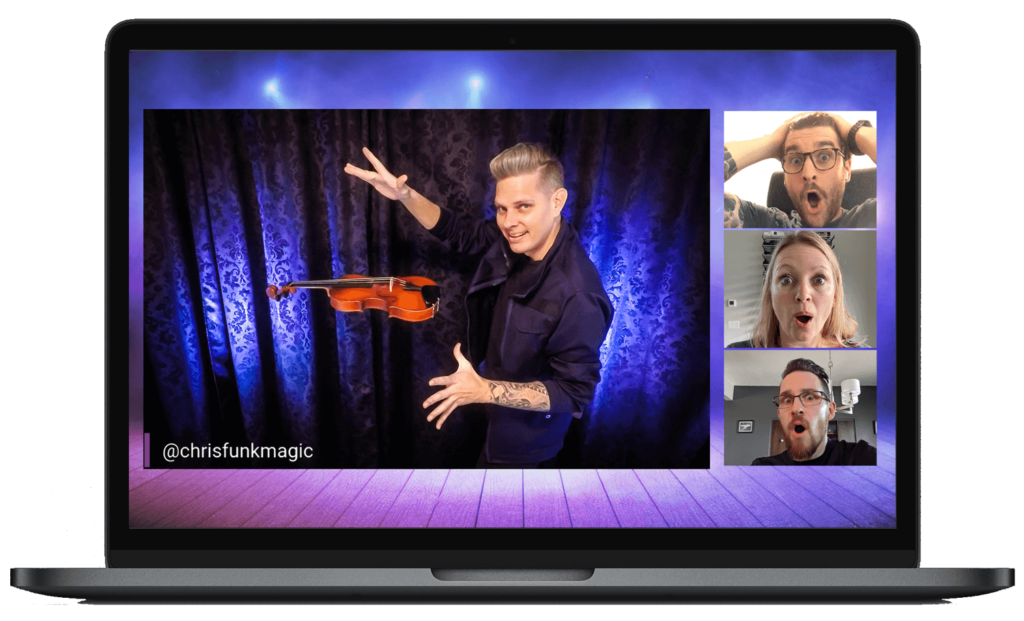