Seattle Magician Chris Funk has been headlining Corporate Events in Seattle and the surrounding areas for over 20 years.  The excellence that has taken Chris around the world with his show, is the same excellence Chris brings to every performance.  It’s like having a Las Vegas style show at your event!

Chris’ show is an engaging and visceral experience where live music meets incredible magic! Presenting a violin concerto and a guitar loop recorded live on stage has put this show in to a league of it’s own. The live-feed camera and interactive video brings the audience up on stage and into the action delivering a magic show that event planners and Fortune 500 Companies like Ford, Boeing, Disney and Sun Life Financial are eager to host for their special events. Chris has numerous television performances including NBC’s America’s Got Talent, FOX’s Hell’s Kitchen, CW’s Penn & Teller: Fool Us and Masters Of Illusion.  His unique approach to magic has garnered him appearances at Las Vegas’ Planet Hollywood and Tropicana casinos as well as the praise from event planners across North America. 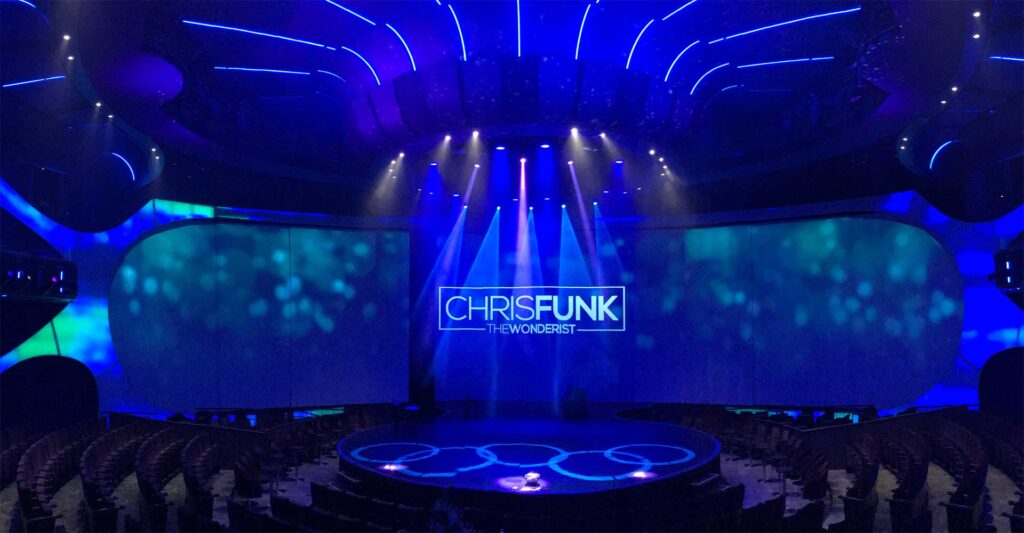 "Best Magician  We've Had On The Show So Far!"

“YOUR PERFORMANCE WAS AMAZING!”

HOWIE MANDEL
AMERICA'S GOT TALENT
“I’VE NEVER SEEN ANYTHING LIKE THAT!”

BRING CHRIS TO YOUR next online event

If you experience any problems with the form, email bookings@chrisfunkmagic.com

Looking for a live show option for smaller events or private parties?

for bookings and availability

"Employees told us it was the best virtual event they've attended!"